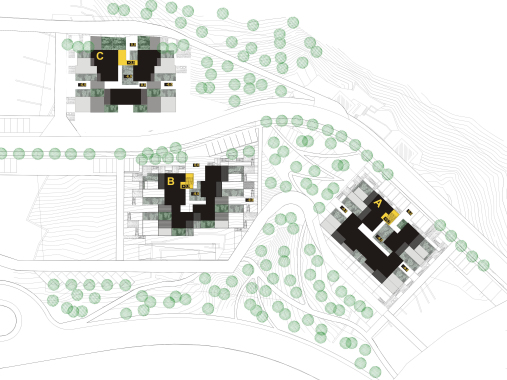 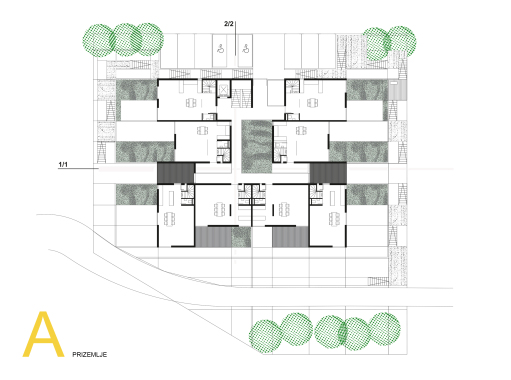 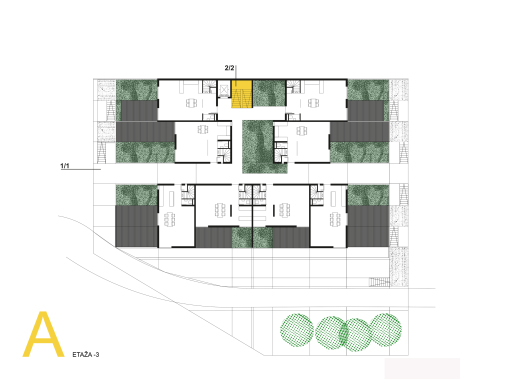 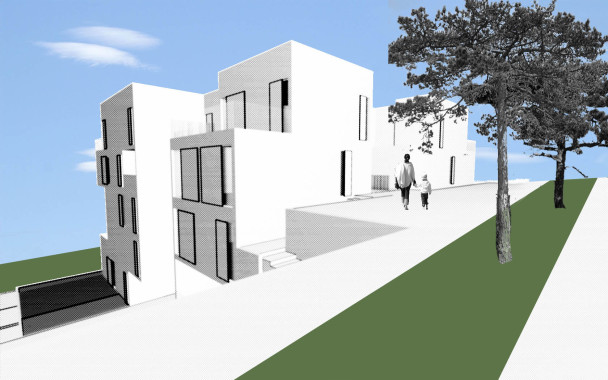 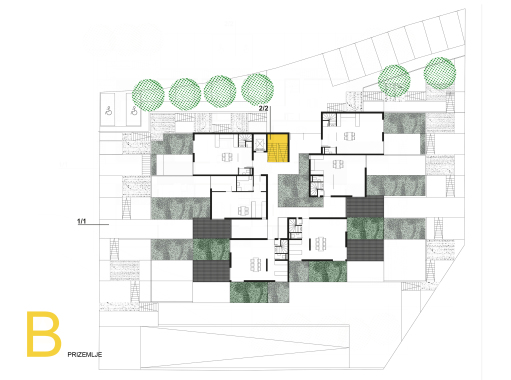 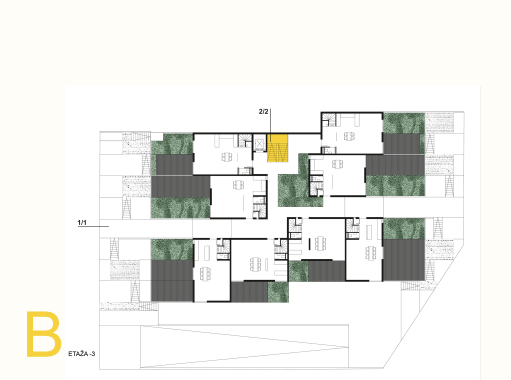 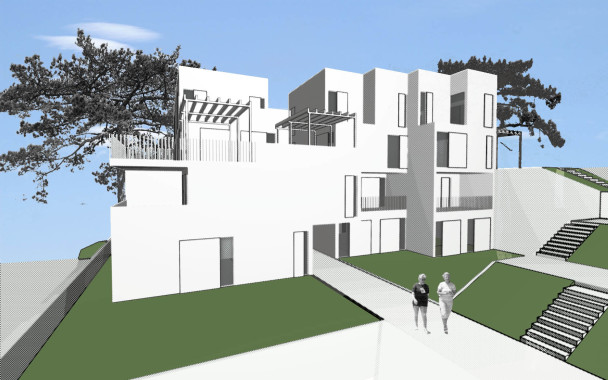 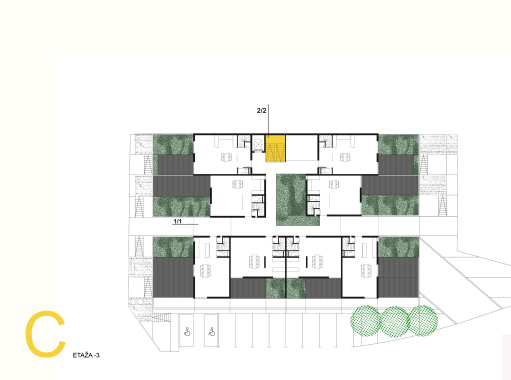 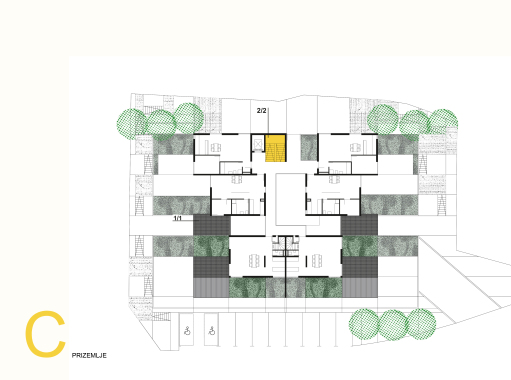 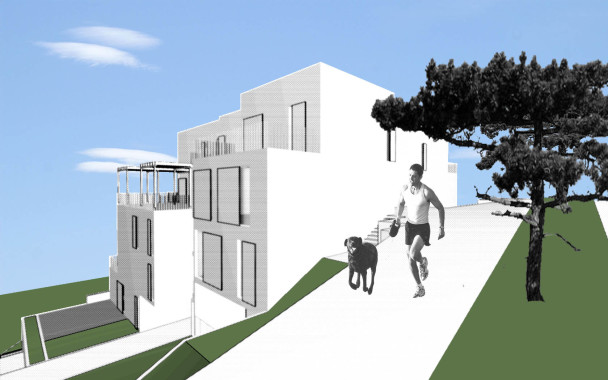 CONDOMINIUM ŠKURINJSKO PLASE, RIJEKA, competition, 1st prize, 2008. authors Rajka Bunjevac mag.ing.arch., Boris Petrović mag.ing.arch. The idea behind the architectural concept was to design not the standard apartment buildings, but rather individual-type residences to be integrated into a single unit on each parcel. With that in mind, we have analysed typical housing in Primorje and created an urbanistic symbiosis of individual housing units using the traditional construction method of that region. The traditional method of construction inspired the analysis of basic housing units – the volumes. First, the basic one-storey volume and later a complex volume consisting of two basic units connected vertically or horizontally in different ways. This enabled various connections of the basic units into their own separate “micro cosmoses”, which then form separate housing units, depending on their size. Having analysed individual housing units, we have proceeded to explore their combinations and integration into an apartment community. Given the exceptional lines of sight which open up on the pronouncedly sloped terrain, we tried to create a concept which would transform that slope from a downside into an advantage. That is why we tried to create a terrace-like structure which would become less narrow on the inclination parallel to the slope, but would rather be terraced towards the sides as well, so that the apartments closer to the hill may also get high quality diagonal lines of sight.