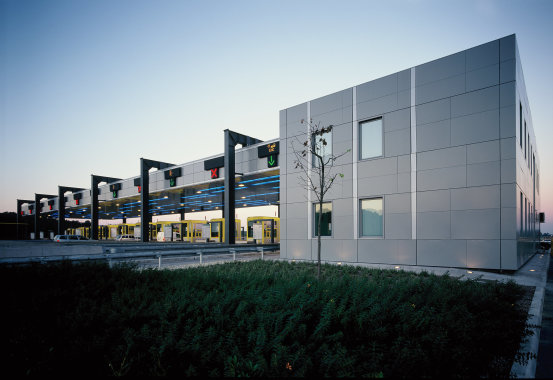 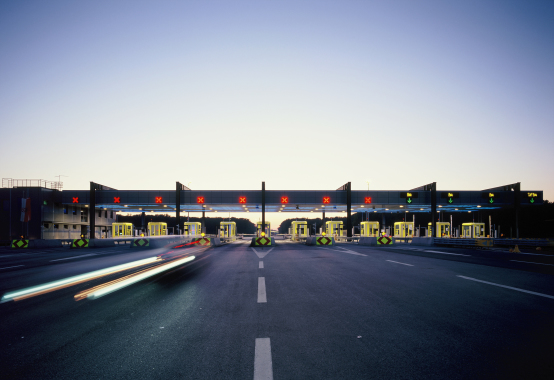 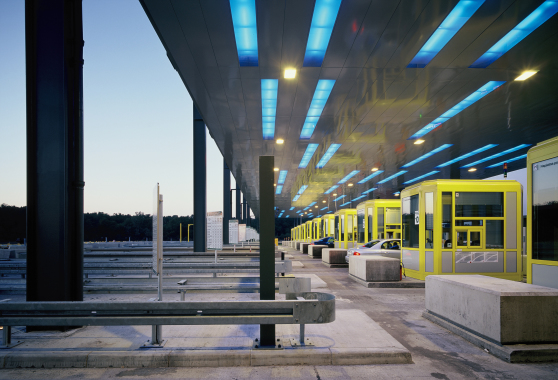 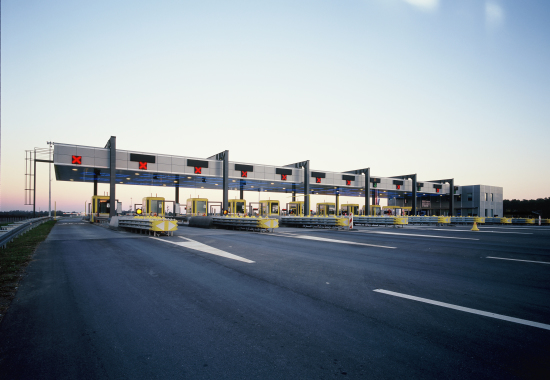 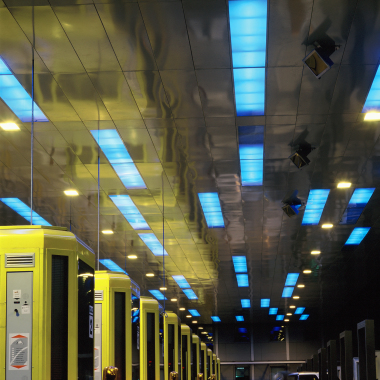 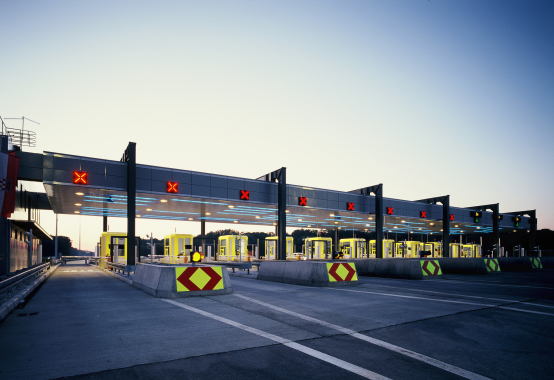 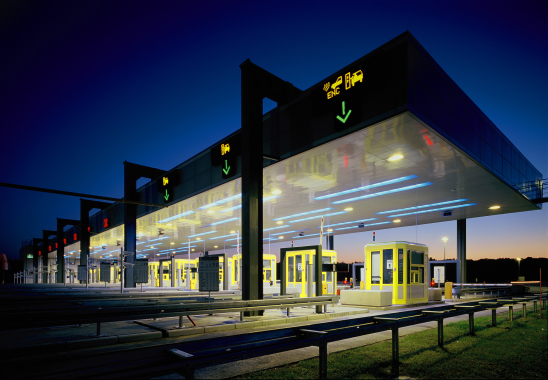 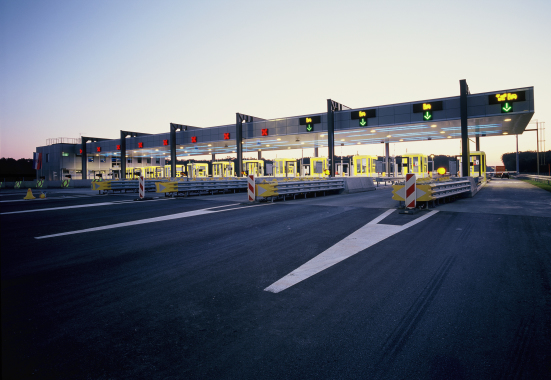 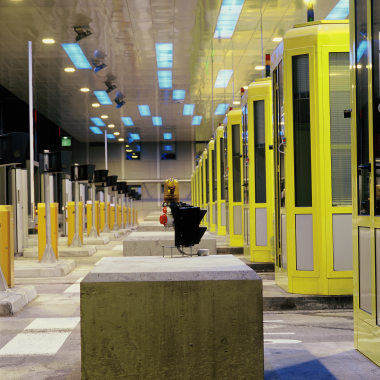 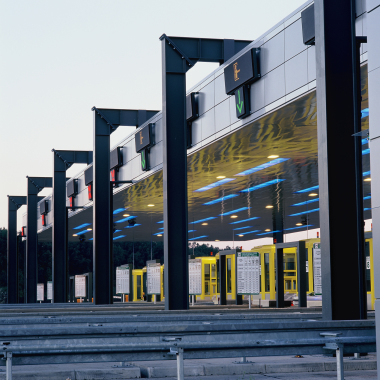 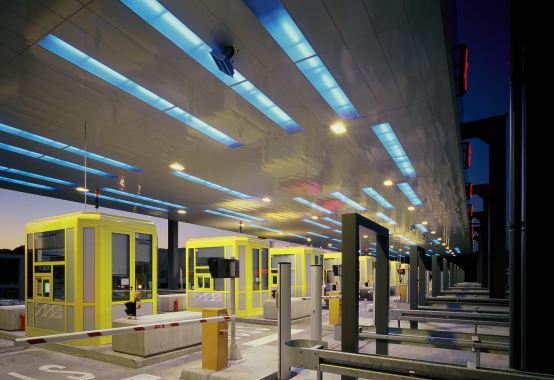 In Croatia, auxiliary traffic objects are usually treated as uninteresting standardized structures of unified design and a vague concept. In a tender issued by the Croatian Motorways in 2003, standardized projects were chosen for sections of the Bregana – Lipovac highway, thus undoubtedly revealing a hint of reason and intelligence on the part of the investor. This architectural design was chosen in the tender process for all tollbooths along this highway. Unfortunately, due to various, primarily political circumstances, only the tollbooth in Lipovac has actually been constructed. The aim of the project was to use modern, attractive and yet ultimately restrained design to create a space which would become a distinctive landmark for users and yet be realized simply and easily and constructed rationally. The object consists of the main canopy, a subsidiary administrative office building and smaller accompanying structures. The main canopy has been conceived as a system of steel bracket frames which span over two traffic lanes. The main brackets hold the suspended secondary canopy construction covered by trapezoidal metal sheets. The underside of the canopy includes a suspended ceiling made of aluminium elements, with installed lighting strips. The administrative office building is a basic one-storey structure lined with coloured aluminium façade cladding panels with pronounced joints.