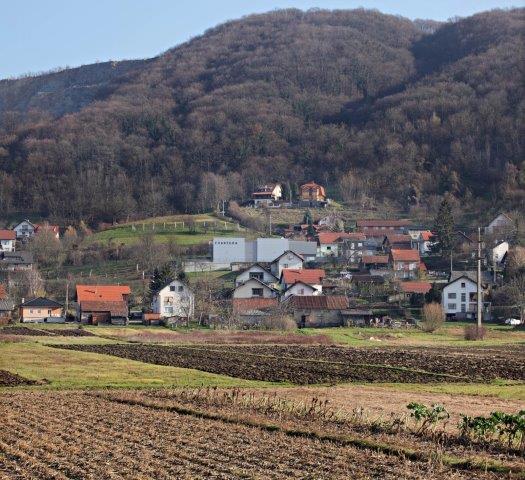 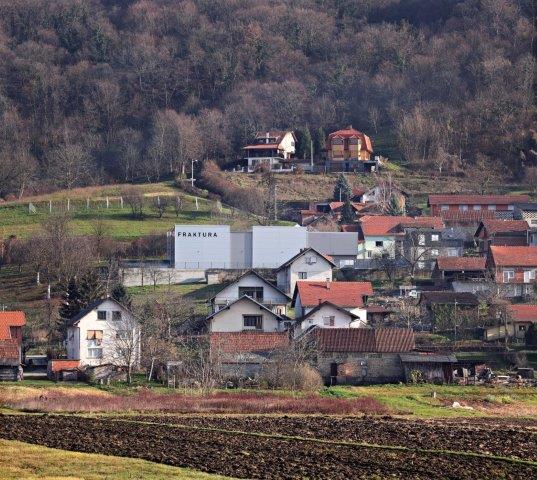 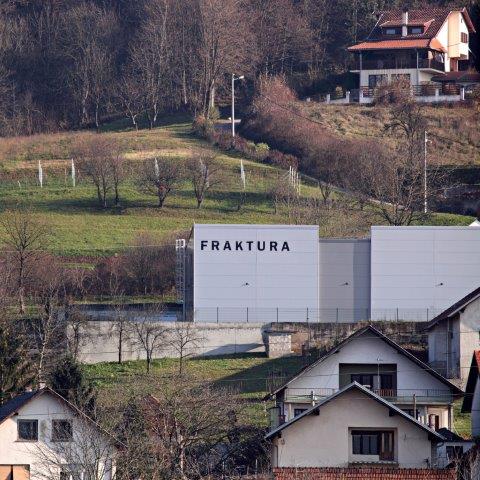 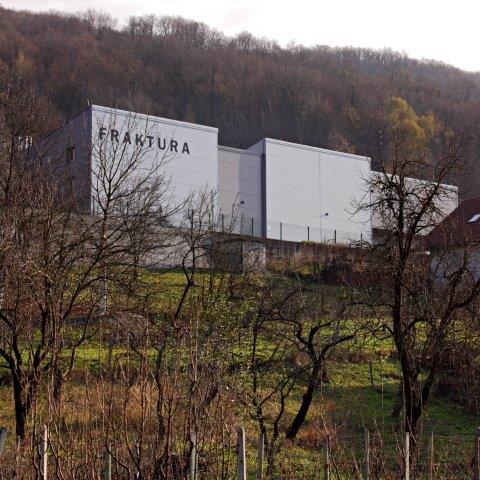 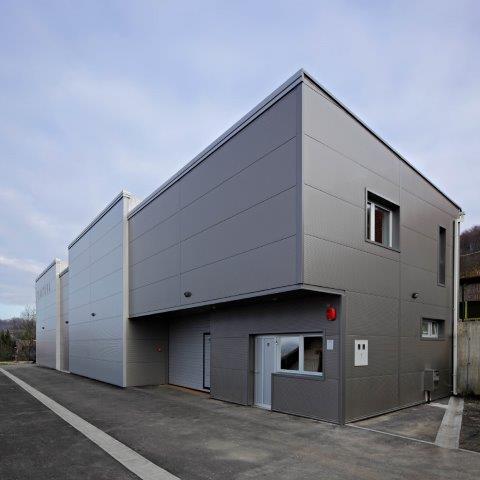 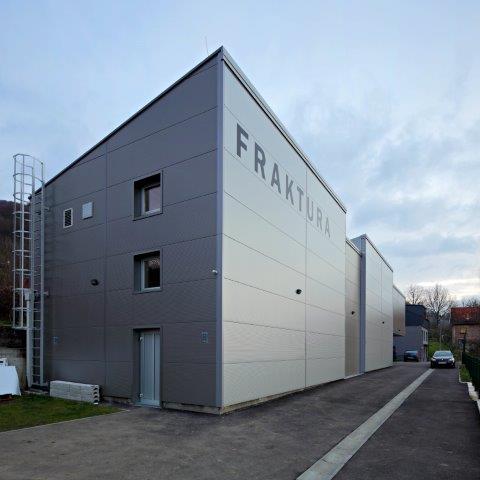 FRAKTURA d.o.o., WAREHOUSE, 2014. author Rajka Bunjevac mag.ing.arch. The elongated shape of the parcel and the specific rural surroundings played a major role in defining the concept of this building. Our task was to accommodate into this space a warehouse volume which would contrast its immediate surroundings both morphologically and functionally. The building was therefore placed in the background of the access road, along the eastern border of the parcel. Its longitudinal, entrance façade is facing the slope and it is visible from various remote lines of sight, and less visible from its immediate surroundings. All of these features have consequently influenced the formative characteristics of the building. In order to embed a relatively large volume into the rural surroundings, it was “crushed” into four smaller consecutive volumes, shaped differently with regard to the façade line, roof pitch and colour. This also enabled high-quality access from the south and longitudinal arrangement of warehouse shelfs, which brought the surface of internal circulation to a minimum. The details of the building are minimalistic and the colours are neutral, in shades of grey, which once again emphasises the “mimicry” of the building into its spatial context.